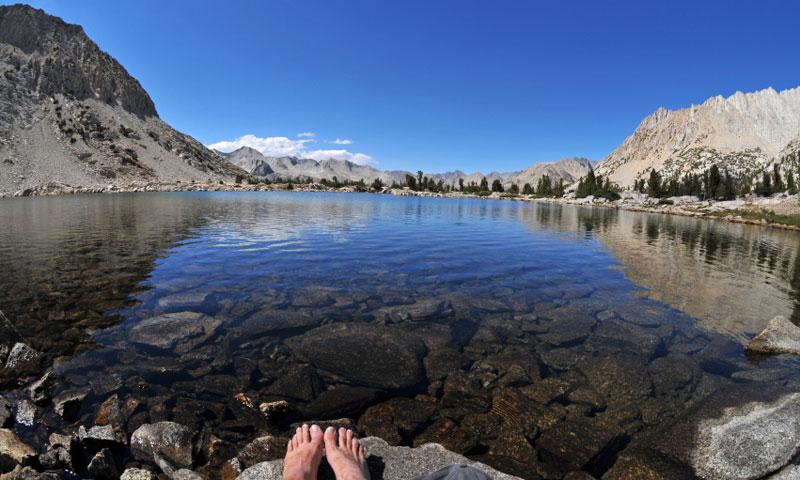 Traveling over 2,650 miles from Mexico to Canada, this epic long distance thru-hike is sure to be the adventure of a lifetime.

Providers These companies can get you there

The Pacific Crest trail is over 2,650 miles and travels between Mexico and Canada. Along its route it passes through six of seven of North America’s ecozones, three states, climbs nearly 60 major mountain passes, descends into 19 major canyons and passes more than 1,000 lakes.

While around 300 intrepid souls each year attempt the trail as a thru-hike, many sections can be accessed from major cities so you can choose to spend anywhere from a few hours, to a few months on the trail.

The trail is accessible from hundreds of points along its route, and is within driving distance of several cities including San Diego, Los Angeles, San Francisco, Sacramento, Portland and Seattle.

Planning a thru-hike of such epic proportions is a major undertaking, and may take longer than actually hiking the trail itself. Permits are required in all wilderness areas. If you plan on hiking 500 or more miles, then the Pacific Crest Trail Association can issue you a Thru-Permit which will cover your entry to all necessary areas. The permit is issued free of charge. Most hikers head south to north as you are most likely to avoid heavy snow and early winter storms this way. The typical hiking season is between late April and late September.